Welcome fellow bibliophiles to the next stop on the month-long mega spotlight tour, organized by Silver Dagger Book Tours, for Gardenia Duty by Kathleen Varn! Scroll down to read an exclusive excerpt that is sure to whet your appetite AND don’t miss out on the giveaway for one lucky soul to win. In addition to myself, there will be other amazing bloggers hosting reviews, book spotlights, and other special content! Hop on over to each of the stops on this tour and show them some love. Enjoy! 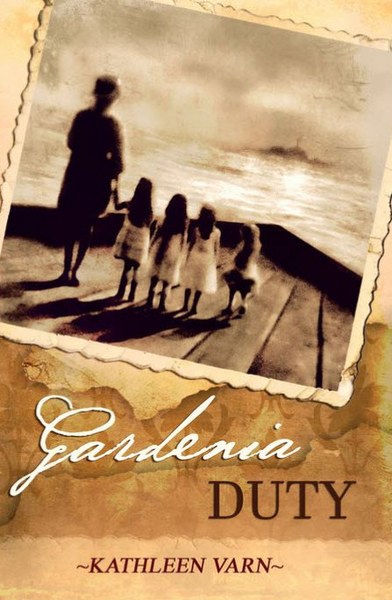 In 1957 jobs are scarce in rural Ashland, Alabama. Bobby Higgins is facing life decisions; his family’s farm struggles and threat of the draft hangs over 18-year-old males as the Cold War rumbles in the distance. Bobby heads off to boot camp, vowing to provide for his family from his pay. Between shore and sea duty, Bobby leaves broken hearts in every port. When his own heart is stolen by Rose, he’s shocked to learn that she comes with four daughters, a package deal he’s unsure he wants. But when Rose disappears, Bobby finds her and persuades her to marry him. Somehow they navigate their way through the trials of marriage and parenting as he fulfills his patriotic career and his promise to raise four willful daughters. In the spring of 2004, his daughters are brought together by grief. They forge new bonds, sharing their joys, losses, regrets, and ultimately family secrets that will seal all their fates…if they can summon the courage to report for duty.

She stared at the venetian blinds, blurred by tears, gripping the hospital bed rails. They should have been tears of joy. Her family should have been standing in the sparsely furnished room. Should have, would have, could have.
Suck it up, cupcake, she thought. She knew this day would come. She had to think about what was best for… for him. And once she had finally decided, even the excitement of her budding career had been overshadowed. She scanned the room through the blur, now void of the nurse
who had taken pity on her solitude. The never-ending loop of self-recrimination flooded her brain yet again.
Funny, she thought she’d be over it by now, that somehow the loop would be flushed—like afterbirth.
How could she have been so careless? Why hadn’t she focused on school instead of letting herself be attracted to Larry’s blue eyes? With that twinkle and his boyish grin, he had relentlessly worked his way into her heart on a girls’ night out. Eventually, walks on the beach, romantic dinners and line dancing at The Lazy B. If she had known his orders were only five months away, would she have continued the romance? She didn’t let just anyone in. She
was the Master of Unavailable and The Life of the Party.
But Larry had pulled her off center and made her laugh. She thought he’d bore her. She thought she’d grow tired of him. But no. Damn you, Larry. The aching memories made this day that much more difficult.
There was a knock on the thick blonde door. “Dinner time,” the nurse said. She stared at the tray as the nurse gently placed it on the table. She peeked under the lid and was hit with the aroma of chicken and broccoli. Typical hospital menu; something from all the food groups.
“Does the chef suggest a wine pairing?” she smiled weakly. Her nurse smiled back and checked the IV bag.
There was iced tea and a little carton of milk on the fiberglass tray, the same type served up in school when her biggest decisions were made on a playground, or when sneaking a cigarette on the senior lawn behind the huge live oak.
“When can I shower?” she asked, poking at the mashed potatoes.
“After this bag runs out I’ll take out the IV.”
Her nurse’s deep blue scrubs were adorned by a shiny chrome stethoscope. “Can I do anything else?” Her eyes betrayed the facade of pity for her situation. This may have been her first rodeo, but the nurse had seen too many of her situations. “No, I’m good. Well, not good. I mean, you’ve been wonderful,” she fumbled.
The nurse walked back to the door, patting her feet with a soft hand on the way. She felt the tears welling again. How she needed her sisters. But, no one could know. She needed to get back on track at work and put this behind her. How the hell do you put something like this
behind you, she thought to herself. She suspected it would always haunt her. “Please, God, give me the peace I need. I hope you know I’m not heartless. This is for his future. I’m still a kid.”
There was another knock on the door. As the couple entered the room, he was carrying a fast-food bag, Taco Bell. She carried flowers. It had to be as awkward for them as it was for her. “You’re a lifesaver! I hope there are tacos in that bag,” she said, with as much bravado as she could muster. But she knew there was a deeper meaning to the first part of her comment.


“Did y’all finally decide on his name?” she asked. 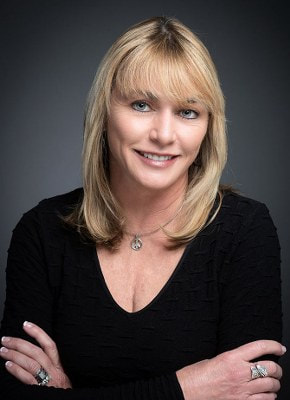 Kat Varn’s love affair with words manifested when she turned four and taught herself to read. As she grew older, books and reading were an escape from responsibility.  As the oldest daughter in a transient Navy family, words fed her imagination to embrace adventure and magical worlds. Kat was drawn to the strength of little girls in The Little Princess and The Secret Garden.
Eventually, Kat dove into journaling between the pages of beautiful leather notebooks, recording her children’s infant landmarks. Journaling also helped her find solace in the grief of a toxic relationship. Throughout her journey to extract her family from oppression, she explored the idea of freedom through allegorical short stories. In the midst of angst and soul searching, she retained a sense of humor that gave her the resilience to pursue the search for her true self.
Kat hopes her readers enjoy Ameera’s journey to pursue the forbidden zone of dance while becoming part of a larger experience—embraced and bonded to eight glittery belly dancers. Each of them aware they may have never met without the common denominator of a six-week belly dance class under the tutelage of their troupe director.
Kat is now very happily married to her soulmate. She resides in Charleston, South Carolina, where she worked for an adoption attorney for twenty-three years. With her two children settled in adulthood, she is exploring a beautiful world, from scuba diving in Fiji or photographing from Alaska’s frozen tundra.

July 31
Momma Says: To Read or Not to Read
Luv Saving Money